In the current article, I am going to describe some of the best Anime apps for iOS devices, but first and foremost, I think it is very important for you to know what IOS is and how it works. It is possible to define IOS as a mobile operating system that has been created by Apple Inc. for its own ecosystem. IOS currently powers some famous mobile devices like the IPhone, the IPad, and so on. It is also considered as one of the most famous operating systems across the world.

Every anime lover has struggled trying to find the perfect place to what their shows, especially if they are not from Japan, because we are used to getting these shows late, or never at all. So you need to have one of this apps in your phone if you love anime, because they are a way to facilitate you these shows.

And since the iOS devices are one of the most popular devices in the planet, it’s only logical that there are a lot of apps created of this device specifically. So what we are going to show you now is a list of the ones that are considered the best apps to find these shows, with subtitles and in high definition, so this way you won’t feel like you are doing something wrong by watching them.

At the beginning, this popular operating system was designed for the IPhone, but then it also added support for other Apple devices like the IPod Touch. In early 2017, App Store had more than 2 million apps. App Store is Apple´s official app store that was created for the Apple ecosystem.

The 10 best Anime apps for iOS

If you are interested in watching Anime in its original version and learning the Japanese language, the Anime TV app is the best choice for you. It provides you with a lot of tools like watching your favorite cartoons in high definition. A part from this, you are allowed to watch your cartoons with subtitles, in English, or even in Portuguese.

If you are interested in accessing to the tons and tons of Anime movies, the Anime Lib app is a very good choice for you. It lets you watch more than 500 anime titles, but keep in mind that not all episodes are included in the free version of the app. Despite this, new cartoons are added everyday, so you have many options in any case. 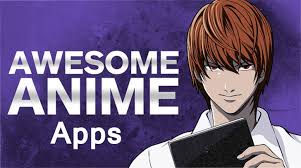 The Watch Anime app lets you watch more than 200.000 anime episodes and choose from a wide range of anime cartoons. Its interface is easy-to-use and allows you to find your favorite kind of anime and watch it for free.

The Aozora is considered as one the best anime apps for iOS devices across the world. With the use of this incredible app, you can watch your favorite cartoon and join the community if you are a true fan.

This incredible anime app provides you with more than 25,000 episodes and 15,000 hours of the newest anime cartoons. Apart from this, you can look for all episodes you like such as One Piece, Dragon Ball Super, Titan, among others.

It is a very popular anime app for IOS devices, which lets you access to the thousand of anime cartoons. In addition, you can sign up and watch without any cost. It also offers you important sections like movies and TV series.

The Watch Anime Online app is not very similar to the previous anime apps. This is due to its total dedication to the anime movies and series. Apart from this, you can enjoy all episodes in HD and free streaming without any problem.

This awesome anime app provides you with high-quality content and the possibility to watch anime trailers and add them to your customized list. Moreover, you can choose from more than 2,000 anime titles and dialogues in HD. Keep in mind that the app adds new videos everyday, so you have many daily options.

As many people know, Chromecast owners do not have the possibility to use many options included in the standard version of the Watch Anime Online app. However, this new version allows them to enjoy the ultimate Streaming Browser.

If you are a Naruto fan, this is the perfect anime app for you. The Naruto Shippuden app allows watching tons and tons of episodes without any limit. In case you do not now yet, this app is a branch of the Crunchyroll app.