This is a question a lot of people seem to be asking themselves, and most seem to find a lot of joy in the answer, almost every single TV network has an app that you can use on your Android device, this will give you access to some behind the scenes content and also be able to watch your favorite TV shows wherever you are thanks to this apps, with one simple tap you can caught up to everything that has happened in the show.

Why do these apps exist?

Even if this might seem hard to believe, people are starting to think about the fact that television as we know it might be dying. Even if this doesn’t seem to be possible, but this seem to be becoming a reality with platforms like Hulu and Netflix. And just like that people stop watching every week, because it will eventually be in Netflix or simply because they can just use these other platforms in their phones, and they pay less to do it. 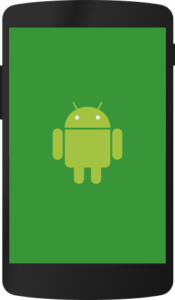 Since we’ve already talked about the reason why these apps seem to be everywhere nowadays, now it’s the time to decide which one you think might be the best for you. This time we will concentrate only on those who are completely free, or those that have the option to upgrade but still let you continue using them even if you don’t have a subscription.

So below you will find a small list where we will talk about the 6 best free TV android apps: