Home Games All you need to know about Fortnite Battle Royale

Fortnite Battle Royale has been standing out for a while among the most active on Xbox Live, PlayStation Network (PSN), smartphones and also computers, and perhaps that is why it can be a challenge to decide which platform to use to start playing it. Nevertheless you shouldn’t care because it’s never too late to begin enjoying this mode.

To make things easier, let’s see how to start playing Fortnite Battle Royale, and what is needed to know by answering all those worries about a game that, although it is easy to enjoy and play, it is not easy to highlight and win games.

To explain what ‘Fortnite‘ consists of, let´s divide it into two variants. On the one hand, the single player version, a survival adventure in which the mission will be bring together the survivors of a world that has been devastated by a storm and also, the Battle Royale, in which we will have to fight to be the last gamer standing.

From these two ways of playing, the Battle Royale is the one that has dominated the Internet. A game mode in which onejumps with 99 variety of players from a flying bus on a fictional island with funny names. Once there, we will have to find weapons of all kinds (from a rifle to an egg thrower), ride our own base, and be the last player standing.

To make things more interesting, there is a storm that terminates the lives of all those who take refuge under it. A storm that will reduce the battlefield with the passing of the minutes that causes all players to have to be in continuous motion and that they are along their journey.

Origin and growth of the game

In its origins, the video game had nothing to do with what has made it so famous today. According to Epic Games, the video game was focused on the fight against zombies, the Player vs. Environment (PVE) mode. However, overnight, Epic Games decided to do an experiment (Battle Royale mode) and it turns out that it has become one of the bastions of the video game.

What devices can you play on?

The main goodness of Fortnite is that it can run on all entertainment platforms: PC, Xbox One, PlayStation 4, Nintendo Switch, iPhone and smartphones with Android. All platforms allow their users to interact within the game and play together, however, each one has its differences in playability. Mainly, the construction is much more fluid in computers, a midpoint in consoles and very difficult in iOS and Nintendo Switch. PC players usually buy mouse with extra buttons to make their construction method even faster.

Costumes of all kinds, impossible dances and implausible weapons

The lack of fear of Epic when developing this game has caused ‘Fortnite’ to become a “very funny” game for the viewer. The possibility of becoming a loving bear to be the last on the island or to be able to dance the ‘Gangnam Style’ or the classic Carlton Banks dance in ‘The Prince of Bel Air’ has prompted more and more people to be part of this community, which is already counted by millions.

A game that has reached unusual players

The amazing thing about ‘Fortnite’ is that it has reached an audience that is not used to playing this type of videogames.On the other hand, it also highlights that it is an “easy to play” game, since it is very intuitive. Despite this, it has a great degree of competitiveness and an increasingly skilled community. In short, ‘Fortnite’ is a different video game that has arrived at the right time.

Do you have to pay for playing Fortnite?

Fortnite is free to play. Within the game, there are modes in which one has to pay if we want to enjoy Save the world. In the case of Battle Royale, we can download it for free and the game allows us to acquire virtual money as we earn missions to unlock different tools, costumes and other accessories. In the latter case we can also use real money (Vbucks) but, it can be more fun to overcome challenges without putting our savings at stake.

Why is it popular with children and teenagers?

In addition to a friendly visual section, the reason for the success of Fortnite’s popularity is the action of so-called youtubers or influencers on the internet. Gaming channels aimed at young people and teenagers, even the personalities of the world’s popular culture such as Canadian rapper Drake, French footballer Antoine Griezmamn or Zlatan Ibrahimovic himself have succumbed to the videogame’s fashion and share their played through social networks or YouTube, attracting the attention of a non-endemic audience, not gamer.

The main virilization occurs through their dances, movements that are not the creation of Fortnite, but that the videogame has brought them together. These gestures have been presentedin everyday situations in schools and supermarkets, even in television programs, causing a great interrogation among those outside the subject.

Some tips to succeed at playing Fortnite

Once you get off the bus, you arrive at a territory where you only have a peak to build. And the battle begins. Expert internet gamers gave us these key recommendations:

Learn to build. If you build well you can play well. When you arrive, you will think that it is best to run, but building and programming can give you advantages over other players, because you can protect yourself, for example.

Learn to locate yourself. The key here is that you have a good read, to improve your positioning. That will in turn give you a good displacement and therefore will allow you to be prepared and be good at the time of the attack. There is no doubt that Fortnite Battle Royale has become one of the most popular games among all gaming devices and persons of all ages. 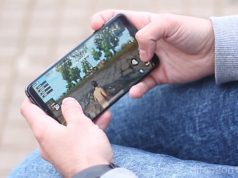 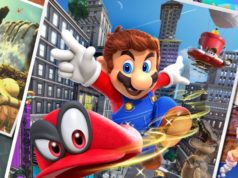 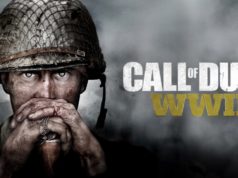