Everyone will remember the great illustrious and visionary who was Steve Jobs in his time, and this great since 7 years ago during the summer of 2011, presented his plans to build what would become the Apple Campus 2, this would be a headquarters of the Cupertino company, because even after the death of Steve Jobs the idea was not rejected and after 6 years of long hours of work there is finally a date to be able to inaugurate this last great idea of ​​Jobs only now that instead of to be called Apple Campus 2 would happen to be called Apple Park.

The construction of this last monument in honor of the great Steve Jobs, it was not easy and it is that for the company Appleno only create devices takes their time to be so aware of such minimal details of technology, but that same philosophy was carried by equal to the time to give reins with this colossal project which today is called Apple Park, just to take a small example so that you can admire in full the magnitude of this construction, in the manufacture of a simple door knob is It took about a year and a half just working on the design of this, is one of these reasons that led to the delay of the opening that was scheduled to open its doors at the beginning of last year 2016. 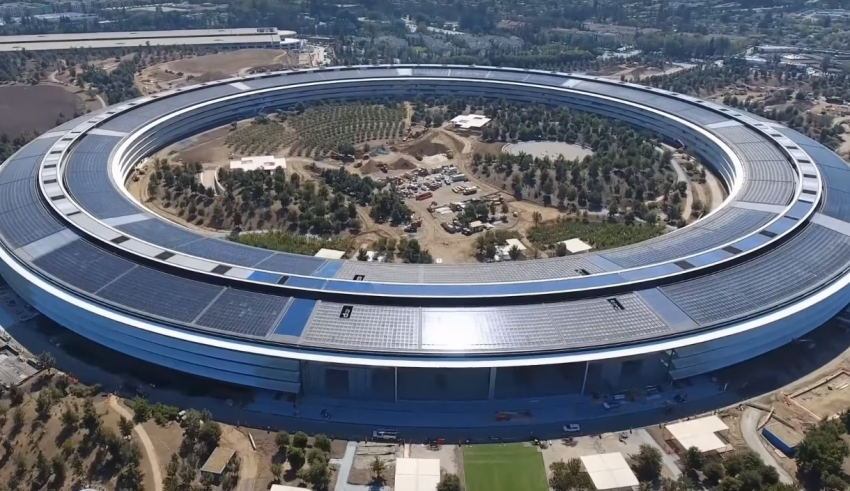 For the construction of this entire structure it took about 6 years of technology work added about 5,000 billion dollars invested, which could achieve the construction of more than 70 hectares and up to 2.6 million square meters, making possible the realization of one of the greatest ambitions of Steve Jobs in life.

What the Apple Park offers

This place may offer an office space which seeks to become a symbol of the Apple company, so this place will provide everything necessary for people to work comfortably in the place that Steve Jobs would have wanted to visit, and that at the moment still his name is engraved in the mind of many people and especially in the one of his workers of Apple.

The controversy of the Apple Park

There are many controversies in the realization of this huge technology project, as an example was the knob mentioned above but we also have more cases such as the creation of the entry, this was because Apple was looking for it to be completely smooth, to its Once without a specific point of entry, the reason for all this was to look for the engineers did not have to adjust their step to the entrance and therefore distract in their work, also the same happens with the signals that would be located on campus, since in order to determine where they would be placed, it took almost 15 meetings.

The ‘low Price’ android to Examine the Mind

A ‘Program’ to Forecast the Expiry of purees, Snacks and Biscuits