In the present article, we are going to describe some of the best free chat apps for android phones. In case you do not know yet, these apps are made available by developers using their own sites, but most of them are uploaded and published on the Google Play Store, which was previously known as the Android Market. Based of this information, keep in mind that these apps are also downloaded from the Google Play Store. The latter can be defined as Google´s official app store that provides users with many services like applications, songs, movies, books, TV channels, and so on.

These Android devices have become indispensable companions in our daily lives because thanks to all the apps that you can download here, there is almost nothing you can’t do in them. We can use these phones to make our works easier, or simply as a way to unwind after a long day of work.

But one of the most important things that we can do in our phones, is communicate and there are so many applications you can use that will work wonders for you. You can use them to talk with relatives that live far away from you, or friends that you just haven’t seen in way too long. But they are also a way to make everything simpler, since you use them to get in contact with anyone with just a few taps of a button.

Some of the most popular ones give you the ability to create different groups, that if you are in your work place can be used as a way to keep tabs on certain projects, and for this same reason a lot of people in school and college use them, because they are simple way for you to know immediately everything that you have to know the second it happens. And of course you can also use them to send your friends silly messages, and catch up on the gossip that you need to know about.

So whether it is for very important reasons to what might seem a little vain what we will show you below are the best chat apps for Android. 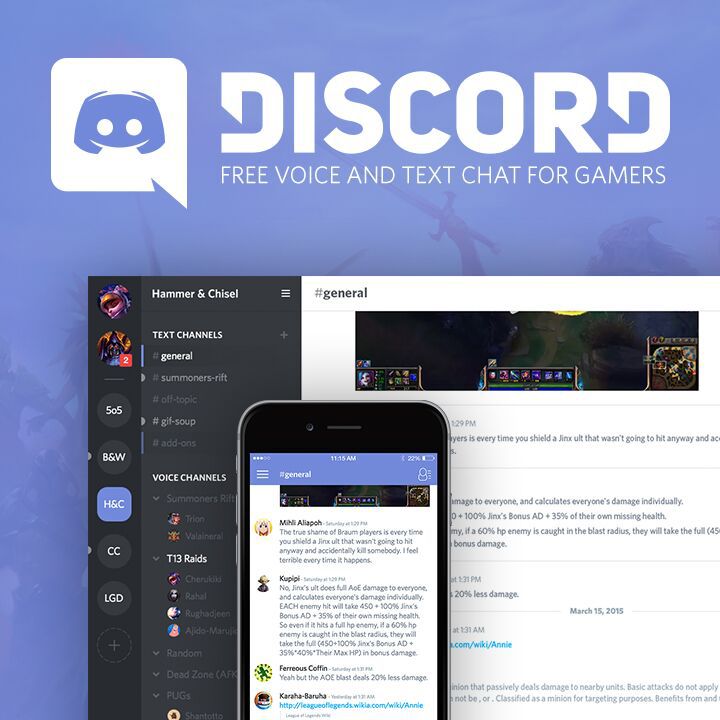 The Discord app is considered as one of the best chat apps for gamers. It provides you with many features like cross-platform support between most cell phone and desktop systems. In addition, it offers voice chat, text chats, GIF support, and so on. You as Discord user are allowed to create your won server or join others based on your personal needs.

As I said before, this is the best chat app for gamers. This is due to its several voice capabilities and organizational system. It is also completely free to download and is not include ads. 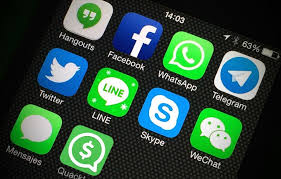 It is impossible for you not to hear about the Facebook Messenger Lite app. This is probably the most popular messenger app around the world and one of the best free chat apps for android. Facebook includes two applications for this. The regular version provides users with features like video calls, stickers, chat heads, and so on. The Lite version is just a simple chat application with voice calls and that is all. For these reason, it is very possible that users prefer the regular version.

However, if you are not interested in dealing with Facebook´s nonsense, you have to use the Lite version. It is a very good option because most of people already have a Facebook account. 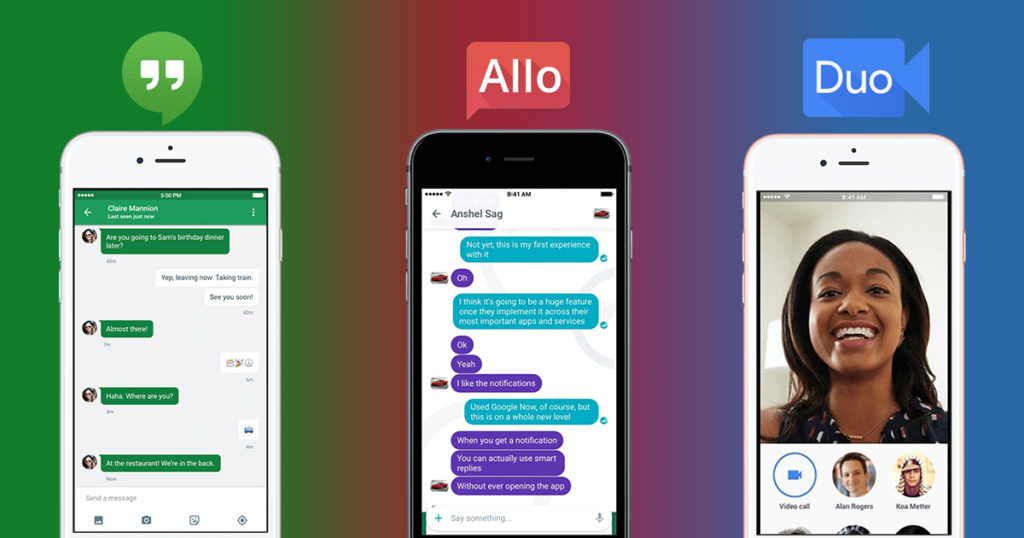 They are both chat apps for Android. The Google Allo offers some features like integration with Google Assistant, stickers, support, GIFs, among others. Apart from this, it also added support for Google Duo and Incognito Chat. In the case of the Google Hangouts, it offers superior cross-platform support between mobile phone and desktop operating systems. Google Hangouts also includes voice chats, video chats, and other interesting features. They are both good options for you. 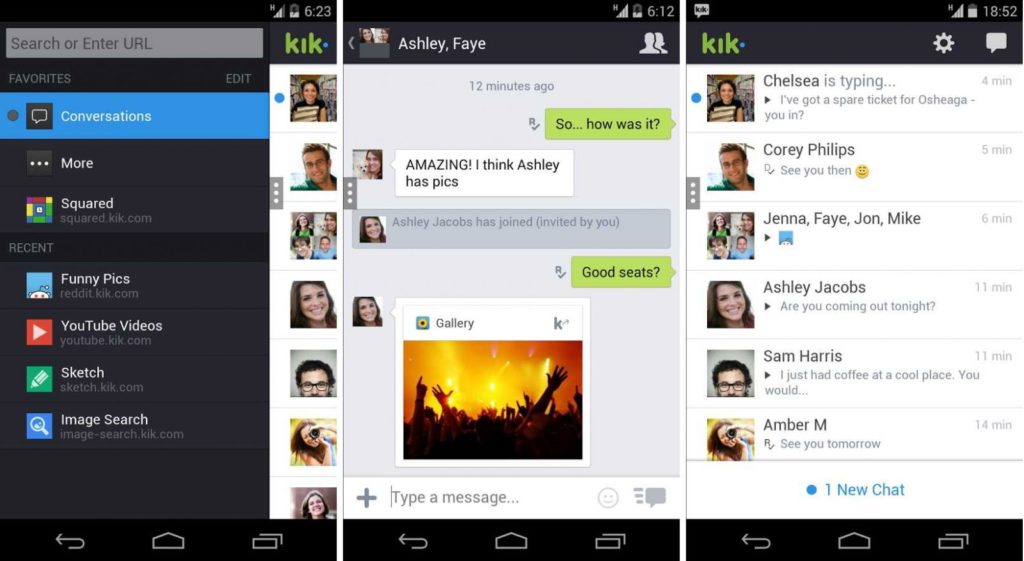 The Kik app is also a very famous chat app for Android devices. With the use of this app, you are allowed to choose a screen name with the main goal of protecting your personal information. You will use this screen name instead of your true name or your cell phone. It is very popular with Clash of Clans players and other kinds of gamers. This app also provides many features like group chats, video chats, themes, and so on.