Yet in spite the above, Most of Android applications are downloaded and published on the Google Play Store, which was previously known as the Android Market. In that sense, the Google Play Store can be defined as Google´s official app store that has been created for smartphones with the goal of providing certain services like apps, music, books, movies, TV channels, and so on. Many of these apps are very helpful in our daily lives.

With the use of Android apps, users can do many things like cooking, planning a trip, travelling, reading, listening to music, looking for your health, editing your pictures, taking photos, singing, sending messages, making video calls, sharing any kind of media content, watching videos, enjoying movies, and so on. The case here today is closely connected with the work market. In the present article, I am going to describe some of the best office apps for Android phones.

This office app is not very recent. Even if it is an old Android app, it is always receiving new features and actualizations. This is why many modern business people prefer it. It provides you with the basic features like word processing, presentation editing, and so on. It is completely free to download, but its paid version also provides you with password-locked documents, cloud storage sites, and the possibility to sync with your desktop computer or your laptop.

The Google Drive app is probably one of the most famous office apps across the world. It is widely used in universities and schools due to its incredible and dynamic features. Some of these features include an enormous variety of other office apps, a helpful PDF viewer, Google Sheets, Google Docs, Google Slides, among others. It can be also defines as a cloud storage application, which was designed with the main goal of viewing your documents and making new ones. 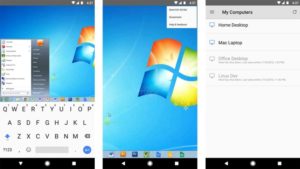 If you are interested in operating any file in your Google Drive, this is the perfect office app for you. Apart from this, it is completely free to download; however, if you want to expand your Google Drive space, you have to pay for this. Pay $1.99 every month and get 100MB easily.

The Microsoft Office app is one of the most useful office apps in this world. It is also considered as the best office app that is provided by Microsoft Corporation. It provides you with a lot of useful tools like Microsoft Word, Excel, PowerPoint, and so on. Most of these features can be used without any cost. Apart from this, you are allowed to save documents, use its editing tools, among others. These documents can also be synced to your desktop computer through OneDrive.

If you are interested in unlocking some additional tools, you can get an Office 365 subscription and that is all. However, keep in mind that you do not need it, if you want the basic features.

The OfficeSuite app is one of the most favorite office apps on the Android Market. The developers are very interested in becoming this office app something similar to Google Drive. Its cloud storage solution is one of the best tools for the office environment.

What are the best dating apps for iOS devices