We have thought about the possibilities and improvements that society or the world could have with the development of robot, not only because it sounds something from another world, but that they would facilitate us and could help us in so many things of today such as heavy work in buildings without the need for people to get injured, or the thousands of rescues in fires or floods in which the life of the rescuer and the person who needs help will be affected, these ideas become more and more possible with the advances in technology of recent years.

What is a robot?

Before getting into this discovery let’s talk about what a robot itself is, it is a machine that can be controlled by a computer, which is programmed to perform each of its movements, which allows it to move objects or perform specific work with interaction to what surrounds it. This may be able to remind the human being what he has to do in case he forgets or performs some task that he originally did, but can no longer do, these can be simple tasks or complex tasks that while being indicated or programmed in advance you can do them without any problem, allowing the person to enjoy the comfort of their home or their work without more things to worry about. These machines of technology have been seen with fear due to the possibility that they replace us in all our jobs leaving us without jobs as humans are seen in science fiction movies. 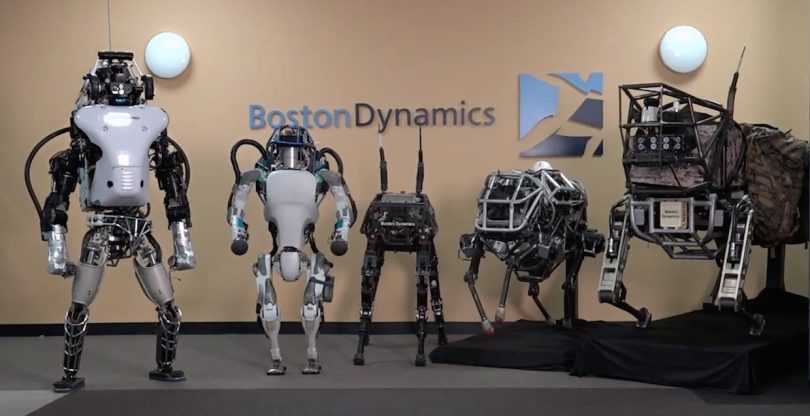 The laboratory of Boston Dynamics has managed to amaze or terrorize humanity, with its new invention of technology that is nothing new as such since it was one of its identical inventions in November of 2017, but this has an automated arm that is able to open a door and keep it open, this is a robot dog called SpotMini. This dog was previously owned by Google which bought it in 2013 but after a few years of development it ended up selling it in 2016 to the Japanese company called Softbank, which had a value of about 100 million dollars.

This company brought us last November an invention identical to that we found today, but the difference is that this compared to the previous one, which could perform tasks such as putting dishes in the dishwasher or throwing garbage in the container, which were not very difficult tasks but for the development that has been had a great advance, until recently it was discovered that they developed the mini robot dog with the difference that it contained an articulated arm that is capable of recognizing a door and open it in record time and allow your friends to enter by keeping the door open.

What is the best backup app for Mac

A clinic in the US disconnects mobile phones addicts