It is probable that you are not very familiar with Mac and apps that are available for it. If this is the case, in the present article, we are going to describe some of the best apps for Mac and how they work. The Macintosh (well knows as Mac) is a family of personal computers that was designed by Apple Inc. There are many apps for this family of personal computers, but we are going to talk about the 8 best finance apps for Mac and what their features app. You as user will choose the best option for you.

First and foremost, I think it is very important to know what Mac is and how it works in order to understand the present article in the best way possible. Well, we can define Macintosh as an important family of personal computers that have been developed and manufactured by Apple Inc. since early 1984. The original version was the Apple´s first mass-market personal computer that included a graphical user interface and mouse. The company sold this family of computers for ten years before the last version was cancelled.
The first Macintosh models were expensive, many people can’t buy it and this was great because it mean this brand was very luxury and sophisticated. During the nineties, Apple launched new models like the Macintosh LC II and Color Classic. In the current article, I am going to describe some of the best finance apps for Mac. It is not possible for me to mention just one because there are many.

The best finance apps for Mac

The iBank app is one of the best finance apps for Mac due to its enormous wide range of features. For instance, you are allowed to download transactions from your banks and also import transactions from online banking sites. Apart from this, it also offers the envelope budgeting option and support for your investments, multiple currencies, and so on.

Furthermore, it also added support for investments, and other awesome features that are completely available for Apple devices such as the IPhone, IPad, among others. If you are interest in managing all aspects of your personal finances in the most effective way possible, the iBank 5 app is one of the best choices for you and your personal needs. Your finances are so important for you and your family.

This amazing finance app is very similar to buckets displayed with the dollar amount available. In addition, MoneyWellis distributed among the buckets taking into consideration bill due dates and priorities. This service record expenses and empties the buckets at the same time. If you tipped a bucket over, you spent more money than you previously allocated for that expense.

The Quicken 2015 for Mac app is a very good choice, instead of using Quicken Essentials. It also allows you to add investments and income tax support, among other features. It is available for Mac and IOS, so it is a good option for Mac users.

This incredible finance app provides you with many personal finance features such as the built-in calculator, multiple currency support and the possibility to print checks. These awesome tools are real time savers.

At the beginning, this program was a Palm PDA application, and then it was added support for desktop computers, which was fine for many users. With the use of the SplashMoney for Mac app, you are allowed to get it for your Mac desktop, Pocket PC, or your smartphone. Apart from this, it offers you secure blowfish encryption.

You need A Budget

The You Need a Budget app is capable of running on a Mac thanks to Adobe AIR, which is a platform that lets the app´s slick look with simple to read graphic qualities. If you are interested in keeping tabs on their personal budgets, this is the best choice possible for you. Apart from this, it also offers interesting options for learning about budgeting.

This awesome app provides you with many features such as the possibility to share personal finance data among several users on your desktop computer or over a network. Thisdata works with the Mac and also Windows versions of this personal finance app. Each copy of this app can be used on more than 3 computers.

This personal finance app provides you with a wide range of features such as support for multiple currencies, decent financial reports, data, and so on. The only bad thing is that it has to be easier to use and offers another kind of interface for users. 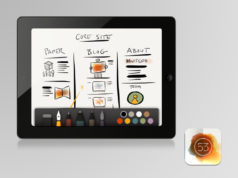 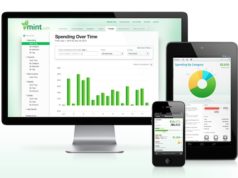 The virtual reality: ¿is it more important than we think?

What are the best apps for iOS 11?