Home Android What are the best music making apps for Android?

To begin, it is important to define what Android is in order to understand the article better. Android can be defined as a mobile operating system created by Google and made available for mobile devices and tablets. However, it is also available for desktop computers. In the Google Play Store, you can find any kind of apps for a wide range of purposes. In the current article, I am going to explain some of the best music making apps for Android. Then, you will be capable of choosing the best one for you.

Some the best music making apps for Android devices lack the visual elegance of IOS apps, but the G-Stomper app is a complete exception to the rule. It provides you with a wide range of incredible features such as the ability to step sequence a drum machine and virtual analogue synth (the second one was designed with the goal of creating full productions.) This Android music making service is entirely focused on live performance with 24 drum pads and also a virtual piano keyboard.

In addition to that, this music making app provides you with several effects, a mixer, and a pattern/song arranger. With this in mind, you can be sure that this is one of the best music making apps for Android devices around.

This music making software can be defined as a self-contained music production platform that provides you with a wide range of amazing features such as the ability to create productions by using synths, a sampler, audio tracks, among others. Its third version includes a pretty big update, so it has gone hand-in-hand with a dramatic change in its look. If you have the PC version, you should be aware that projects started in the Android version are allowed to be continued on your computer without any problem.

The IOS version of this music making program provides you with 30 Jordan Rudess-designed presets, and an easy-to-use interface. Of course, most of its features are included in the Android version. There are no extraordinary differences between one and another. Of course, you as user have the possibility to choose what the best option is for you based on your personal needs.

The music making service is considered as one of the best music making apps for Android devices on the market. The app allows you to make music by using up to 14 devices. Apart from this, you are allowed to make music with the toolbox including several features such as a drum machine, an organ, many synths, effects, and a mixer, among others.

The Google Play Music app gives you the ability to access to your cloud-based music collection without any problem. Apart from this, it also provides you with playlist and radio stations with the main goal of inspiring you. It also shows you recommendations and events based on your personal needs.

The Ninja Jamm app was creating with the main goal of making music with samples from a wide range of singers. It is completely free to download, but you have the possibility to pay for packs of tracks from singers and then created new songs. It is very easy to use and is the best choice for those who are beginners in this matter. If you are interested in making music in the easiest way possible, the Ninja Jamm app offers you a lot of customizable features and a friendly interface in order to make your experience better. 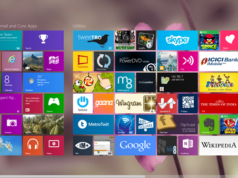 Monitor cyberspace: the future of the AI