We all know why a security app is important for your computer, it serves as a way to keep your computer safe and keep anyone else to be able to get in it. But some people seem to forget that you also need to take the same kind of effort to keep it clean and safe on your phone. 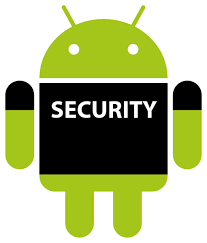 With the huge amount of apps that are available every day, in the Play Store or any other app store that it’s installed on your Android device, so we will concentrate this time only on the FREE mobile security apps for android, this way if you are interested you can try them out without any kind of payment and then if you like them you can get their paid versions or you can look for the better apps that will cost you some money but they are worth it in the end.

This is one of the best and more well-known apps, it’s one of the best at malware finding and removal, there is no virus that will go unnoticed by this app and it also comes with an app locker, anti-theft and anti-phishing protection.

This app is available in almost every other platform, but here we’ll be talking about the mobile version of the app. The free version comes anti-theft, power saver, RAM booster, Junk cleaner, Wi-Fi scanner and so many other amazing features that we might not be able to list them all completely. But thanks to every single one of this features that it includes it can be considered as one of the best free mobile security apps for android devices.

This is an amazing and easy to use security app, one of the perks about this one is that you will not encounter any of those annoying ads that you see on almost every single app no matter what they are for. It comes with filters that will block everything that might be harmful to your phone, and it comes with a security advisor that will give you tips about whatever you need to know about your phone security.

This security doesn’t only just scans for malware and spyware on your phone it also comes VPN protection. One of the most important things is that this app doesn’t affect how much your phone battery lasts and the interface is simple and accessible which is the reason why people who are not so computer savvy love this app.

This app is not also a great antivirus, it also keeps your phone optimized and it includes anti hacking and anti-phishing features. It can also close background app that you are no longer using and like that it will speed up your internet connection. But something that people don’t really like is the fact that comes with some built-in ads that can be annoying.

This is one of the best free mobile security apps, it’s one of the most known around the world even if it comes with some of the same features that have already been mentioned like the anti-theft and malware scan.

This app comes with some of the same characteristics that we’ve already talked about, but what makes it stand out from the rest is that it can trigger an alarm in case your phone is missing so you find it quicker,

This is one of the lightest apps on this list, the scans are incredibly fast and it comes with real-time protection and you can even try out the paid version with the 14 day free trial to see if you like it.

If you don’t use your phone for much and you are not interested in all the other features that were presented before, this app is the best for you since the only thing it has is malware protection, which is enough for some people.

If what you want is the complete opposite of the app mentioned just above this, this is the best since it includes everything has been previously mentioned and even more.

What are the best iOS apps for college students?

The best apps for a Windows 8.1 tablet